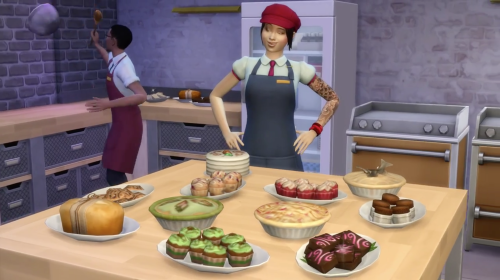 Basements and Baking Confirmed for The Sims 4 Get to Work

The recently released Get to Work Retail Gameplay Trailer has revealed that we’ll finally be getting basements in the expansion pack.

The trailer also showcases the new Baking Skill, and although Sims will not be able to open restaurants in Get to Work, they can run bakeries!

UPDATE: It has been confirmed that all players will be getting basements in the Get to Work patch, regardless of whether or not they own the expansion!

The Sims 4 Get to Work: Official Retail Gameplay Trailer

The trailer features customizable businesses, as well as the new Baking Skill, Photography Skill, basements, and the new Business Perks! 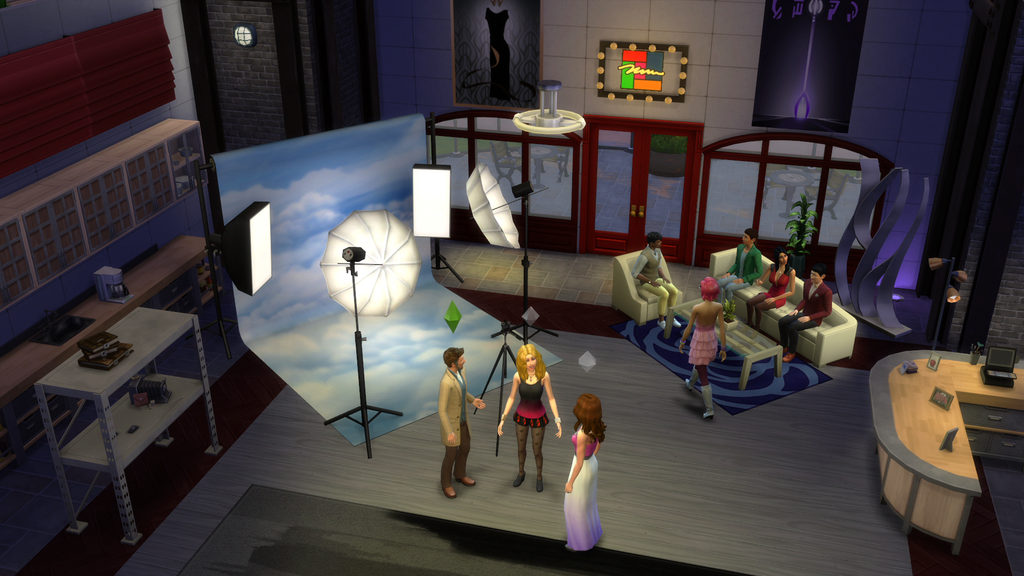 You can build (and run) a photography shop in The Sims 4 Get to Work. Learn more on Tuesday!

This week we’re looking into the lives of two scientists in The Sims 4 Get to Work.

Each day, Darla Nadine Applesworth arrives at the science lab at 7:00 a.m. She loves her job, but she loves something else even more: her co-worker and fellow scientist, Herbert Leipstein. Herbert likes Darla, but truly only thinks of her as a friend and colleague. She wishes it was different. Maybe one day, it will be.

Darla likes to get a jump start on the day, working on new inventions by herself before anyone else gets in. Her hard work has paid off – she invented the Momentum Conserver and a Hover Lamp, both of which she took home to display as decorations.

One morning, Darla was experimenting and using the Chemical Analyzer when she had a breakthrough. She ran over to the Invention Constructor and began tinkering. Tah-dah! The Cloning Machine was created!

Herbert arrived a few minutes later, looking as handsome as ever in his lab coat. Darla was thrilled to show Herbert her latest invention.

He steps into the machine with a huge grin on his face. Darla begins scanning and BOOM! A clone of Herbert steps out. The new Herbert looks exactly the same as Herbert. It was Darla’s lucky day – two Herberts! They named the clone Number One.

Number One was almost exactly the same as the original Herbert except for one key difference: he didn’t have any relationships or knowledge of this world. He was a clean slate. Darla and Herbert introduced themselves to Number One and had him wait in the lab next door, giving him some activities to do to keep him busy.

Darla and Herbert wasted no time. They made another clone. And another. The final clone, Number Five, was a little different. He had red eyes and a goatee. Something was… off.

Darla walked into the lab next door and told the clones they were coming home with her. She couldn’t leave them at the lab overnight, they could get into real trouble. Plus, Darla liked the idea of having five replicas of Herbert hanging out at her house all night.

Back at her home, they decided to have a party. It was everything Darla had hoped for… until Number Five started yelling and making a mess all over Darla’s house. This wasn’t right! This wasn’t what she expected at all.

The next morning, Darla found a new home for her failed experiments. She was done with cloning (and with love) for a while. She decided to focus on her career and discover the next big scientific breakthrough. Who knows where that might take her…

We hope you have enjoyed this peek at the Scientist career and a bit of a love story.

Q:Hi. I was wondering if it's true that Sims 4 Get To Work has been postponed until the end of April? Because some are saying it has been postponed and even some shops online (such as Gamestop) have set the release date to April 30th but others say that it's still coming out at the end of March/early April. Do you know anything about it?

The March 31st date was accidentally leaked by EA, but they have continued to mention an April release date. Since the exact date hasn’t been announced, all we know is that it will arrive by April 30th, which is why some retailers have set that as their date. Don’t worry, I’m sure we’ll get an exact date soon enough!